While we discussed MX Player’s upcoming show ‘Dharavi Bank’ with Suniel Shetty last night, the time was right to ask him about the on-going controversy of ‘Hera Pheri 3’.

Akshay Kumar has gone on record to say that he didn’t like the script of ‘Hera Pheri 3’ and hence he turned it down. Asked for a reaction on that, Suniel said, “Now that’s something I can’t comment about. We were all supposed to do the film. Then, whatever hera pheri has happened, I really don’t know. I have still not spoken to the film’s producer Firoz Nadiadwala about this.”

Watch the video wherein Akshay spoke about why he’s not doing ‘Hera Pheri 3’: 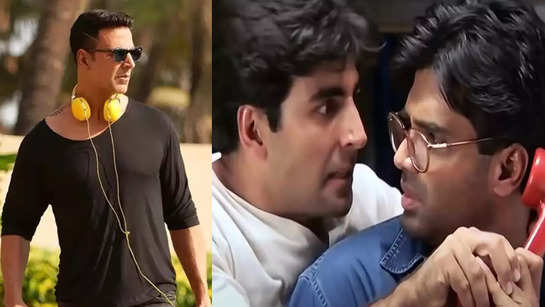 Meanwhile, Suniel is gung-ho about his role of Thalaivan in the upcoming MX Player series ‘Dharavi Bank’. He calls it one of the most challenging and satisfying roles of his career. “If I have done even 10 per cent of what Vinod Khanna did in ‘Dayavan’ and Kamal Haasan did in ‘Nayakan’, I would have done justice to the two stars who I have always been a fan of,” he told ETimes.