Ajay Devgn is known to be a man of few words, but he is also one with varied interests. His filmography, which clocks over 100 films, includes movies of various genres. Extremely passionate about cinema, he is one of the few actors among his contemporaries who ventured into not just film production, but also direction. Among the most-loved films starring the actor is
Drishyam, which had him playing Vijay Salgaonkar, a protective father who will do anything to protect his family. He locked horns on screen with Tabu, a combination that created some serious movie magic. With
Drishyam 2, which releases on Friday, Ajay returns to the thriller space, this time, taking on Tabu as well as Akshaye Khanna. In a conversation with Bombay Times, the three-time National Award-winner talks about the annual meme fest on October 2 that has kept the
Drishyam franchise fresh in people’s minds, the relevance of remakes in today’s time and telling the stories he wants to as a director. Read on… 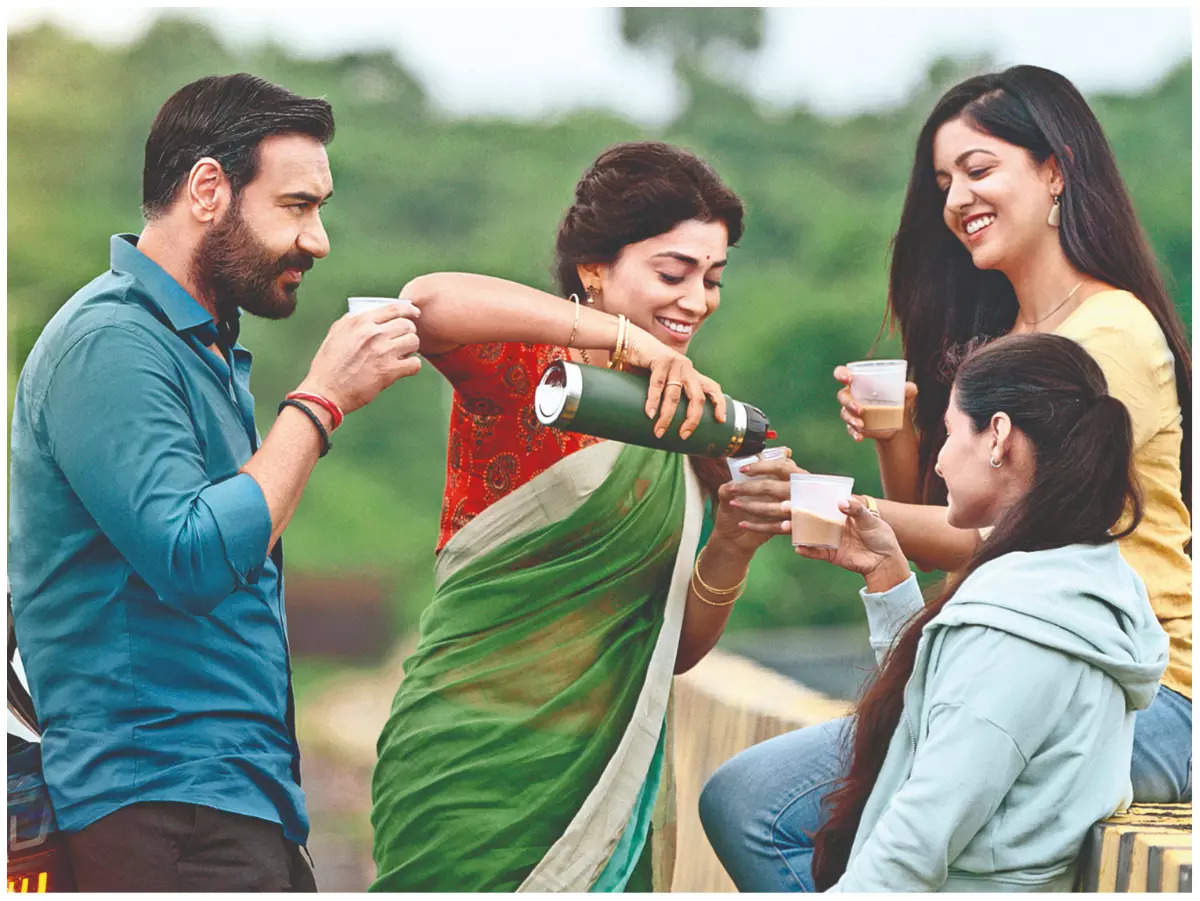 Every year on October 2, there is a meme fest online about the events that pan out in Vijay Salgaonkar’s life on October 2-3 in Drishyam. That has, in a way, kept the film fresh in people’s minds, though the film released in 2015. Are you aware of those memes, and do you feel that it has added to the anticipation about the film?
I am fully aware of the memes on social media about October 2-3. You are right. This meme campaign and other constant chatter about
Drishyam has kept the film alive in the audience’s memory. Even if I miss the memes, a friend or co-worker ends up forwarding them to me.
Drishyam is associated with good memories for the most part. It was a very good film; it dealt with the right emotions of a man going to any length to protect his family. Tabu and I are both very invested in this film. The only sad thing is that our director Nishikant Kamat is not with us. The director of
Drishyam 2, Abhishek Pathak, has also done a good job of taking the franchise forward efficiently.

While Tabu and you were seen sparring in Drishyam, at the core of both the characters is the love for their family — Vijay is protecting his family, while Meera is trying to seek revenge for her son’s death. Would you say that both are correct in their own space and grey in certain zones?
Tabu and I are at loggerheads in the film because she’s a cop and I’m a suspect. However, she’s a mother first and is absolutely right in being concerned about her own family. Likewise, I’m a father. For me as well, family comes first. The interesting thing about Vijay Salgaonkar is that, for him, the actual truth is just one — he will protect his family at any cost. He is not thinking of himself as virtuous or as a hero. He is a father who has chosen to handle a sensitive situation in a way he deems correct. For him, his wife and two daughters come first.
Drishyam 2 helps define Vijay Salgaonkar better.

Drishyam 2 featuring Mohanlal was released at a time when people had started watching a lot of content in other languages on OTT platforms during the pandemic. Is that one of the reasons to introduce new characters in this film, like that of Akshaye Khanna?

It was Abhishek’s (Pathak) idea to bring in the additional character of Akshaye Khanna. When he narrated the script to me with the addition of Akshaye, I thought it was very good. I have no idea why some changes were made to the script. I am an actor and if I am convinced that something is working for a script, I go along with it. Akshaye is a fabulous co-star and a stupendous actor. Working with him has always been worthwhile.

We are at a point where the thrust is on pan-India movies, with actors who have done films in certain languages now exploring other film industries. In such a scenario, how relevant will remakes be?
Remakes are not a new phenomenon. They have been made since the 50s-60s. Questioning their relevance in the time of pan-India films is valid. But to say remakes don’t work or will not work is invalid. When a movie is remade with an equally favourite big star from their own region, the actor’s faithful audience or fan base will flock to see the remake. Hollywood remakes so many films with a different set of actors after a gap of a few years. People see both versions. The debate is not whether the film is a remake or not, but whether the film is a good one or not. 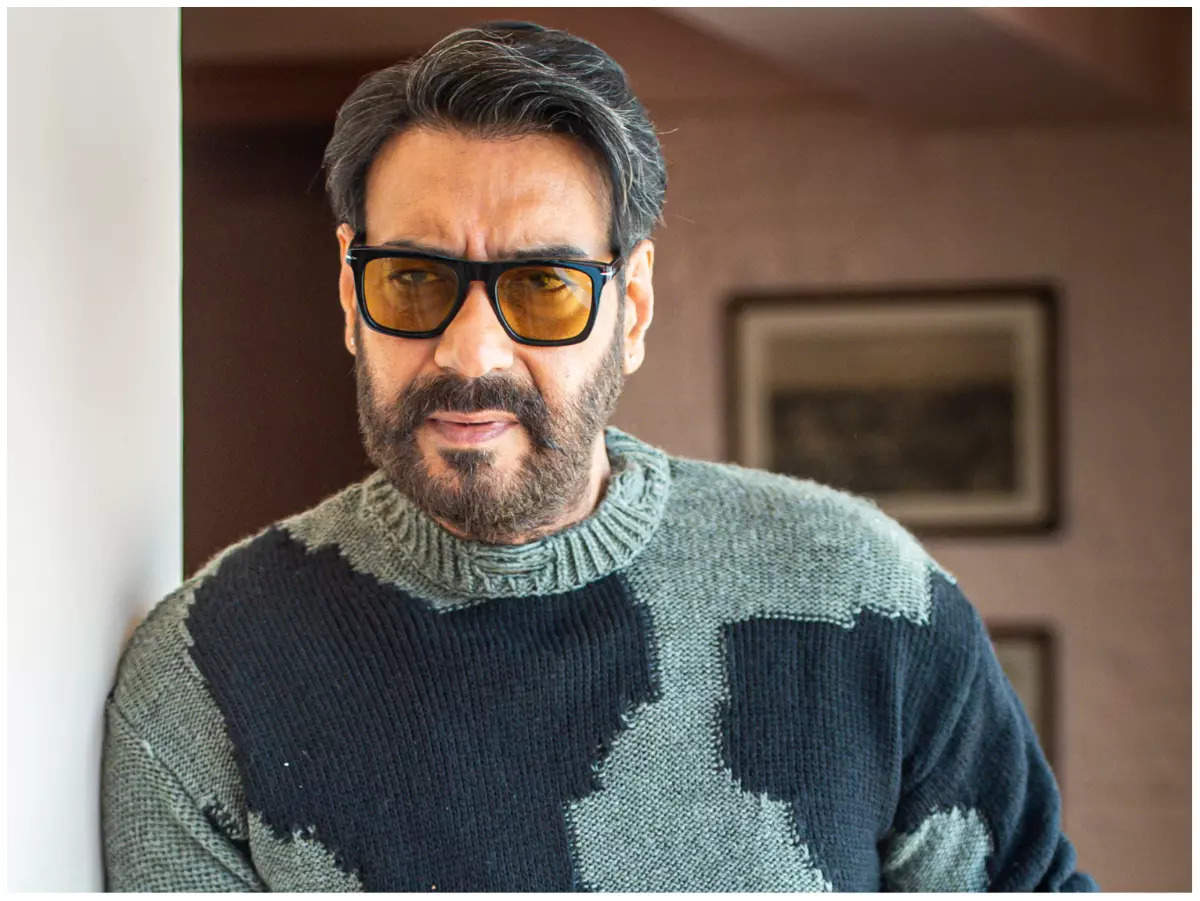 Your first worked with Tabu in Vijaypath (1994). In recent times, you have explored various genres together — be it the thriller space in Drishyam (2015) or comedy in De De Pyaar De (2019). As actors and as friends, how do you reflect on your equation?
The good thing about my friendship with Tabu is that we do not need to reflect on it. The bond is deep, and we can pick up from where we leave it each time. On screen, I share a wonderful equation with her because she is a brilliant performer.

Hardly any of your contemporaries have directed films, something that you have been doing consistently, along with your acting assignments. What drives you to get into the director’s chair?
I started my film career as an actor, but at heart, I am a director. I love the process of filmmaking. There is no planned interval between my making films. If a story compels me to tell it, I will.

Recently on National Cinema Day, when the ticket prices were lowered, we witnessed massive footfalls at the theatres. As a producer, would you consider adopting that strategy for one of your films?
I own a chain of theatres. If it is economical and if all theatres across the country reach a price consensus, then perhaps my theatre chain may also think about it. These are business decisions. I do not wish to say something without giving deeper thought to it. Besides, the ones who run my business should answer this.

Would you consider directing your daughter Nysa in a film if she told you that she wants to pursue a career in acting?
My daughter has not mentioned to me (at least yet) that she wishes to join the movies. So, everything else is hypothetical.