Ranbir Kapoor has confessed to being on social media through a secret account. The actor had shared that he doesn’t have any followers or posts on the anonymous account. And while fans have been forever trying to figure out this secret account, it looks like Neetu Kapoor has dropped a hint. 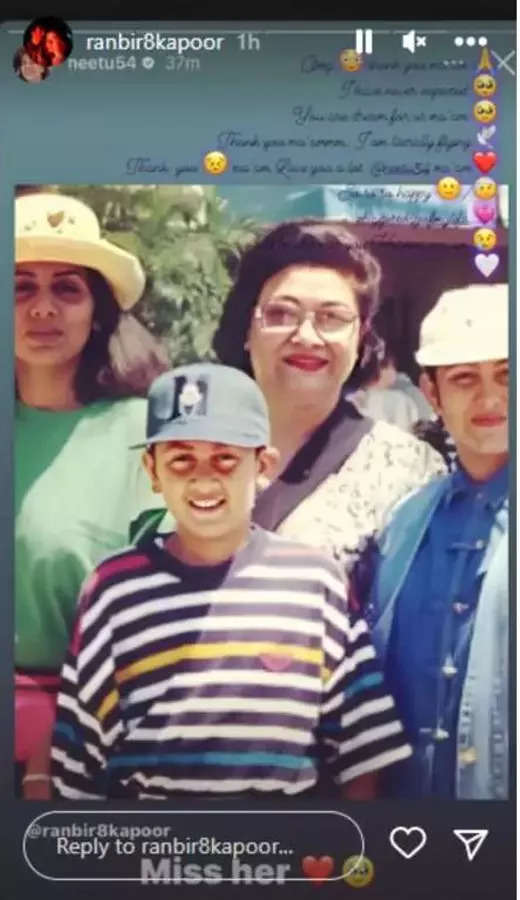 Neetu Kapoor, who is an avid Instagram user, posted a throwback picture with mother-in-law Krishna Raj Kapoor, and her kids Riddhima Sahni Kapoor, Ranbir Kapoor. She had tagged an Instagram account which goes by the name of @ranbir8kapoor and fans were quick to speculate that it belonged to the ‘Brahmastra’ actor. Previously, Ranbir has admitted to ETimes, “Yes, I am on social media, but not officially in a way that people can follow me and stuff.”

Ranbir Kapoor tied the knot with Alia Bhatt in April this year and they were blessed with a baby girl on November 6. Announcing the arrival of their bundle of joy, Alia had shared on social media, “And in the best news of our lives: Our baby is here…and what a magical girl she is. We are officially bursting with love – Blessed and obsessed PARENTS!!!! Love love love Alia and Ranbir.” On the work front, Ranbir Kapoor will be seen in Sandeep Reddy Vanga’s ‘Animal’ and Luv Ranjan’s next with Rashmika Mandanna. While Alia Bhatt has Karan Johar’s ‘Rocky Aur Rani Ki Prem Kahani’ in the pipeline.